debug - the steps you take to fix errors in your code.  Check out the story of Rear Admiral Grace Hopper, a pioneering computer scientist, and one version of where the term "debugging" came from.

function - a block of code that takes some kind of input and manipulates it to create an output.  Functions are typically followed by (), and the parentheses may contain parameters that are the input for the function.  For instance rect(20, 30, 40, 40) will draw a square in the upper left corner of the screen in JavaScript programming language.  Programming languages typically have libraries of their commonly used functions.  And you can write your own functions and libraries. Learn more about functions at Kids, Code, and Computer Science.

loop - a piece of code that is continually repeated until certain conditions are met.  The conditions contain an exit routine to tell the computer when to exit the loop.  Loop statements typically start with the word(s): do, for, or while.  If your loop code does not contain a valid exit routine, the computer will be caught in an infinite or endless loop, and you will have to debug it.  However, there will be times you want to code an infinite loop.

parameter - a name, number or function that passes data to a function to carry out the function's instructions.  For instance, in the Javascript function rect(20, 30, 40, 40), the numbers in the () are the parameters that tell JavaScript to draw a square in the upper left part of the screen.

syntax - the spelling and grammar of a programming language.  Each programming language has its own syntax rules, and the computer expects the code you write to follow these rules exactly.  Otherwise the code may not work as you want it to.  Then you will have to debug it.

variable - a container to hold some piece of information that is usually used in more than one place in your code.  The information can be a string of characters, a number value, or the result of some calculation or database call.  A variable is typically declared at the top of a script or near where it will be used.  The name of the variable is on the left, followed by an equal sign, followed by the item being assigned.  For instance myvariable = "foo".  Learn more about variables at Kids, Code, and Computer Science. 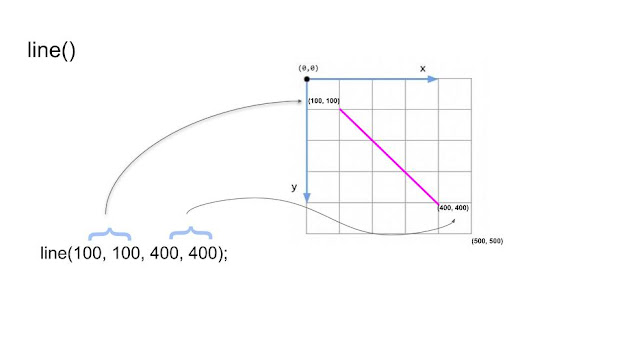 Sarah Taylor-Glaser
Library Associate
Slover Teen Services
sarah.taylor-glaser@norfolk.gov
Girls Who Code is a national, non-profit organization leading the movement to inspire, educate, and equip girls with the computing skills to pursue 21st century opportunities. Through our Summer Immersion Program and Girls Who Code Clubs, we aim to close the gender gap in technology.